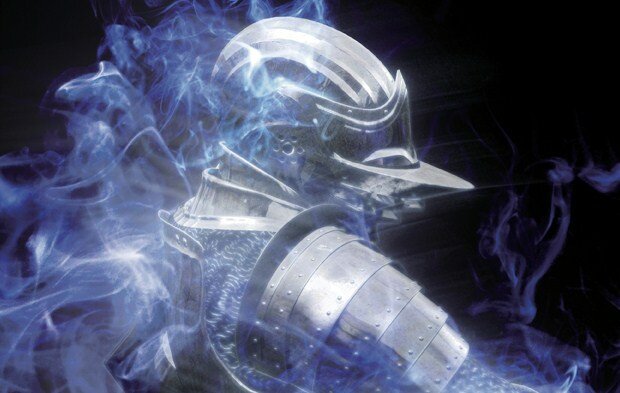 Edit: The follow-up to this work is now live and can be found here.

A question which must be seldom asked by the majority who tackled Demon’s Souls since its release in 2009 is “Does Demon’s Souls contain elements within its design which borrow, or at least are similar, from the epics of Homer, Dante or Milton?” Quite frankly I’d be amazed if anyone else had*, but as it is the title of this piece we can assume at lease one person has done. Me.

This question, whilst nowhere near to being covered as fully as I’d like, can be answered in two ways, the short way or the long way. The short was is, yes, yes it does. For the long way? Please continue to read the two short passages I’ve written based around elements of the game. I intend to write with a little more depth about each of these passages and the prospect of Demon’s Souls as an epic in general in another piece which should follow shortly. For now, however, I intend to say only this, the first passage considers the repetitive fight-lament-retry nature of the game and the second is an imagining of the inventory screen displaying the captured souls in the style of an epic boast, or list.

He charges down the charred walkways through,
The broken castle of Boletaria.

Ahead lies the next demon, the next death.
Power from the pooled souls grows nearer.

The flash of flame and flickering thunder,
The blood red dragon drops once again.

Speed of wit and wisdom, our hero ducks,
The undead ahead were less fortunate.

Sprinting again, across cooling cobbles.
Out a black knight steps, halt the hero.

In reply our hero raises his blade,
he brings it down, about the knight’s black helm.

A grunt, souls gushing from around the split,
The Knight drops to one knee and then the floor.

The sound of a screech against the broken sky,
The wing’d beast approaches once again.

Into the keep our hasteful hero runs,
From death outside, to deadness from within.

Our hero falters not, fearless of death,
Steps forth to face the hulking iron foe.

Knight’s great lance levels at the hero’s head,
Is thrust forth missing only by a hair.

A doge followed by a dash through the legs,
His blade hacks at the heels, souls seeping forth.

Our hero moves, mounts another assault,
Screeching souls stream forth from the cracked iron.

The iron aggressor, he does not flinch,
Leaps high into the air, death from above.

Misjudgement, our hero raises his shield,
A hopeless gesture, one of grief, mistake.

The thunderous tower knight crashes down,
Full force brought to bare on our poor hero.

Return’d to the archstone, his souls fleeting,
Spirit well, damage done only to pride.

Fight ahead familiar, well trodden,
The Tower Knight ready for a rematch.

Revenge is a ravenous and harsh beast,
Is Insatiable and incurable.

Another false move, only left to mourn,
The great replay is your heavy price to pay.

Once again down the arid walkways through,
The broken castle of Boletaria.

Into the keep our hasteful hero runs,
Embracing his life, lusting for revenge.

Our hero captures the corrupt soul.

Many more fill the darkened path ahead.

“Come, show thou worth for this last worship”,
Beseeches the Black Maiden of our Hero.

“Prove thyself?” He pronounces, unimpressed.
“This address now, this is not adequate?”

“Do not tempt, do as I ask, thou shalt see,
become illuminated in the truth.”

The Hero, heeding this one last request,
Removes a small blazed jewel from his belt.

This jewel, crucial as it contains all,
The evidence of his trial exhibits.

The first soul, the step out into the fog,
The force of Phalanx, the leading demon.

Next, the soul of Iron, in strength and will,
A formidable foe, soon finished.

Subsequent is the soul of solid silver,
Penetrating the very toughest plate.

Retired Allant was next, false regal,
Fakery the heart of this Demon force.

“Plundered the Boletarian Palace,
Must I continue, dost thou still want proof?”

Accepts her silence as affirmation.
He continues the foul soul catalogue.

If Iron was hard, this next, incessant,
Spider of amour, the first from Stonefang.

That which follows, glowed red with burning heat.
Flameluker, one with fire, foe of magic.

I’m sorry that the second passage ends where it does, it quite simply was that or go through the whole list, something which many may find tiresome and which I don’t have the time to write at present. As you will see with my follow up piece the notion which underpins the verse here, that games can have their roots traced to some the earliest remaining works humans have to offer, is one which interests me greatly and it may inspire the continued adaptation of Demon’s Soul to verse to see if it really can become an epic.

*If you have asked a similar question to this, please comment here or DM me via twitter.